Fifty years ago this week, Martin Luther King, Jr. delivered his famous “I Have a Dream” speech. The speech is consistently ranked as the most important American speech of the twentieth century. But not only is it the most important, it is also one of the most eloquent and inspiring. Dr. King’s speech demonstrates the profound impact public speaking can have on an audience and a nation.

If you have a powerful message, having the chance to deliver a speech before a captive audience is an invaluable opportunity. If you’ve never delivered a speech before, you might be afraid to give it a try. However, in today’s post we’ll look at seven effective steps for building your confidence and speaking masterfully.

END_OF_DOCUMENT_TOKEN_TO_BE_REPLACED 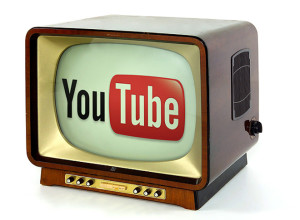 We recently reached over 100,000 views on our YouTube Channel thanks to all of our loyal followers!

What was our secret to generating so many views?

Really, we can only attribute it to all of our wonderful followers and our mission to continue creating fun, free, high-quality educational videos.

YouTube is a great platform for sharing your message, promoting your blog, and building community.

Here at Inkwell Scholars, we use YouTube to host our educational videos. In this post, I’ll share with you the history of how we got started and began developing our grammar video series, and five steps you can follow to also build a successful YouTube Channel.

END_OF_DOCUMENT_TOKEN_TO_BE_REPLACED

If you’re a regular reader of the Inkwell Scholars blog, you’re probably incredibly smart and creative, and you’re passionate about inspiring others. And that means you should have your own website.

A website is one of the best ways to showcase your ideas and share them with the world. You can start a blog where you write daily and practice your writing skills. Or set up a website built around a favorite hobby where you teach others how to get involved. If you’re entrepreneurial, you might even be able to turn your website into a business in the future.

END_OF_DOCUMENT_TOKEN_TO_BE_REPLACED

Writing classes at the Academy ended in June (congrats to all of the students who completed the spring semester classes!), and here at Inkwell Scholars I’ve been enjoying these lazy summer days and all of the time I’ve been able to devote to numerous hobbies.

But, unfortunately, this means that I’ve been finding myself writing less and less. And that means my writing muscle is beginning to atrophy. Help!

In today’s post, I’ll share several very effective ways to train oneself to write daily all while having fun.

END_OF_DOCUMENT_TOKEN_TO_BE_REPLACED

Want to make yourself smarter? Master a new hobby.

Some people enjoy playing the guitar in their free time. Others enjoy studying foreign languages. Others like to play tennis or cook gourmet meals or paint watercolor landscapes. Whatever hobby you seriously pursue, you are teaching yourself a new set of skills that you will be able to use across every area of your life.

END_OF_DOCUMENT_TOKEN_TO_BE_REPLACED

Looking for a way to boost your brain power? Why not learn a foreign language?

In this post, I’ve compiled 10 of the best free online language learning resources that you can use to kick off your foreign language studies.

END_OF_DOCUMENT_TOKEN_TO_BE_REPLACED

Tony Schwartz, the CEO of the Energy Project, decided to disconnect from the Internet for ten days.

This wasn’t the casual ‘I’m turning off Facebook for the next ten days, but I’m still checking Twitter and Tumblr and Pinterest and text messages and email every twenty minutes.’  No. Schwartz felt overworked and began planning a much needed vacation.

He decided to leave his laptop, iPad, and cell phone at home.

What did Schwartz think of his ten days away from Internet civilization?

END_OF_DOCUMENT_TOKEN_TO_BE_REPLACED

I was saddened to hear of Margaret Thatcher’s passing.

The first woman elected to lead a major Western democracy, Thatcher served as the British Prime Minister from 1979 to 1990. Whether you agree with her politics or not, the Iron Lady was an influential leader and a staunch champion of freedom and democracy during the Cold War.

Do you want to achieve greatness? The life of Margaret Thatcher provides five steps to becoming a leader who can inspire others and change the world.

END_OF_DOCUMENT_TOKEN_TO_BE_REPLACED

Today marks the first day of spring classes at the Academy! And we’re kicking off the semester with a special Ask the Readers blog post.

We want to hear from you! What’s your opinion on technology in the classroom?

END_OF_DOCUMENT_TOKEN_TO_BE_REPLACED

What are your goals and what is your action plan for achieving them?

Read on to discover several lessons from the inspiring life of Wilma Rudolph that will help you form an action plan in order to make your dreams a reality.

The Remarkable Story of Wilma Rudolph

As the doctor examined four-year-old Wilma’s twisted leg, he told the little girl that she would never walk again.

But Wilma and her family believed she could overcome all odds.

“When you come from a large, wonderful family, there’s always a way to achieve your goals,” Wilma explained. “‘I can’t’ are two words that have never been in my vocabulary.”

Not only did Wilma walk again, but sixteen years later she also competed in the 1960 Olympic games in Rome.

She became the first American woman to win three gold medals in one Olympics, and she set a world record in the 200-meter dash.