Even if you’ve never seen an episode of Star Trek, you’re probably familiar with one of the show’s most famous characters: Mister Spock.

He’s the half-human, half-Vulcan first officer of the starship Enterprise. The highly-intelligent Vulcans dedicate their lives to mastering logic, learning everything they can, and suppressing their emotions.

Of course, Spock is just a fictional television character. No one can suppress their emotions as coolly as he does. Nor should anyone want to. Indeed, his crew mates, Captain Kirk and Doctor McCoy, continually try to prove to him that emotions are often just as important as logic when making decisions.

But from Spock we discover one of the keys to productivity and expertise: laser-like focus.

Read on for four steps to train yourself to think like a Vulcan so you can boost your productivity and allow your creativity to flourish.

Before we get to the four steps, you should know a little about the 10,000 hour rule.

In 2008, Malcolm Gladwell published his bestselling book Outliers that examined the lives of highly-successful people. What’s their secret? Gladwell posited that anyone could become an expert in anything if he or she was able to amass 10,000 hours of practice. 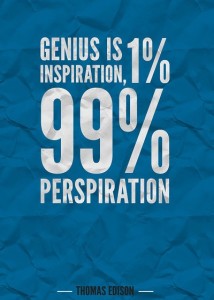 Ultimately, you need 10,000 hours to perfect your craft.

When I first heard about the 10,000 hour rule, I was excited. I didn’t have to be born a genius in order to become a virtuoso. All I needed was an incredible amount of will-power and diligence. How hard could that be?

Pretty hard, as it turns out.

We are constantly surrounded by distractions that make it seemingly impossible to dedicate 10,000 hours of our life to honing our skills. So we make excuses.

Think about Spock again. By suppressing negative emotions and thinking logically, he eliminated the distractions that hindered his focus and productivity.

And that’s exactly what you need to do too. Clear your brain and stop making excuses.

Here are the four steps you need to take in order to have a Vulcan-like brain and work your way to 10,000 hours: 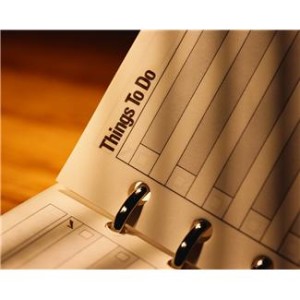 You need to keep a short, daily to-do list. Use it to prioritize the top three or four things you absolutely need to get done that day.  Whatever they are, make sure they are the first things you tackle after breakfast. Get them out of the way as soon as possible, and you will then be able to focus on the things you are passionate about.

Last month, I was trying to write a short-story, but often I began my writing sessions before I had finished several other important projects. This made me feel guilty and hindered my creativity. I was too distracted with worrying about those other projects that I made little progress on the story.

A to-do list will help you schedule your day, keep yourself accountable, and allow you to devote worry-free time to honing your skills. 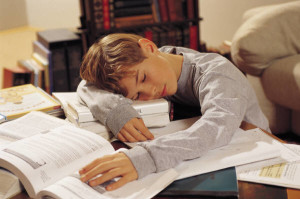 Your creativity is also hindered if you are tired. A short 15-minute nap can help you rejuvenate and re-energize. Vulcans can go without sleep for days, but unfortunately humans cannot and need their rest. If you want your brain to be alert and sharp, you will need to get a proper amount of sleep. Listen to your brain when it tells you it is exhausted. Close the computer when your eyes begin to hurt.

A recent article in The New York Times pointed out,

A new and growing body of multidisciplinary research shows that strategic renewal — including daytime workouts, short afternoon naps, longer sleep hours, more time away from the office and longer, more frequent vacations — boosts productivity, job performance and, of course, health…Although many of us can’t increase the working hours in the day, we can measurably increase our energy…Working in 90-minute intervals turns out to be a prescription for maximizing productivity.

The article has this to say about naps:

Sara C. Mednick, a sleep researcher at the University of California, Riverside, found that a 60- to 90-minute nap improved memory test results as fully as did eight hours of sleep.

Did you know that Thomas Edison was a huge fan of power naps? I’ll write more about that in an upcoming post. 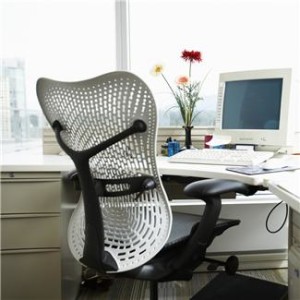 Distractions come in all shapes and sizes. There is a television episode you want to watch or someone has just sent you a text message.

Try to find a quiet place to work. Turn off your cell phone. Put on a relaxing classical music CD to help you concentrate. If someone wants to talk to you, ask if he or she can wait an hour or two and let you first work undisturbed.

But don’t let the constant temptation of distractions discourage you or make you think that you are too lazy and lack the work ethic to ever become an expert in your field. Surprisingly, it is sometimes a good idea to listen to your brain and give in to distractions. Humans tend to lose concentration after working on something for long periods of time. It is best to take short, frequent breaks to allow your brain to recharge. One way to accomplish this is with the pomodoro technique. Read more about that here.

Pinpoint the activities that you tend to waste time on. Think of them as rewards. You are not allowed to play that video game or watch a new episode of that TV show until you have worked creatively for one or two hours. You might get so caught up in creating that you completely forget about playing the video game. 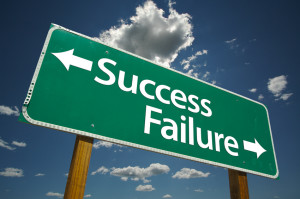 I saved the most important step for last.

Ultimately, the greatest inhibition you have to accomplishing your goals is your own self-doubt.

The steady, accusing voice rises in your head: I am not talented enough. I am only an amateur. I’ll never be that good. This is too hard. Why am I wasting my time?

When you find yourself on the verge of quitting, ask yourself this question:

“In ten years, will I regret not having done this?”

Will I regret that I gave up practicing guitar? That I didn’t finish writing that novel? That I never made that short film? That I abandoned my dreams?

Think like Spock and suppress your self-doubt. Tell yourself that you can and will accomplish anything you set your mind to.

Have confidence in yourself.

Don’t be afraid to fail and try again.

Don’t be afraid to create something amazing.

One of the best ways to overcome self-doubt is to surround yourself with people who cheer you on, who believe that you can succeed.

When Thomas Edison was a young boy, his teacher called him “addled” and dim-whitted. But his mother believed in him. Edison wrote, “My mother was the making of me. She was so true, so sure of me, and I felt I had some one to live for, some one I must not disappoint.”

Don’t listen to those who make fun of your efforts, who say you are not talented enough, who laugh at what you create and call it second-rate.

Ezra Pound writes, “Pay no attention to the criticism of men who have never themselves written a notable work.”

Your true friends are those who praise your efforts and offer you constructive criticism so that you can build a strong foundation and make even better art. They are the ones who are also struggling to create something beautiful for the world.

Encourage them as well.

Here is a magnificent quote from Teddy Roosevelt that I hope will inspire you:

What will you create today?

The four steps in this post will help you work hard and eventually reach those precious 10,000 hours of practice.

However, while you need to have Vulcan-like focus and diligence in many areas, don’t turn off your human emotions completely. They are the lifeblood of your creativity.

If you are practicing something you are passionate about, the time will fly by. You will have fun. It will be hard work, but you will enjoy it. Put your whole heart into it. And then share what you have created with the world. Your aim is not to create only for yourself, but to work to the best of your ability and inspire the hearts of others.

9 replies on “The Key to Productivity: 4 Steps to Laser-Like Focus”

Well-put. This gave me some great ideas!! One question though- what if your creative efforts rely on other people to be fulfilled? I.e. you could plan a whole summer camp with every detail carefully thought out, and planned every session- yet you could have zero enrollment and no interest. I think the article is probably best suited to personal work.

Thanks for commenting, Shannon!

Great point about how this post best applies to personal work, although I think the productivity tips can help when you are working on any kind of project.

After all, even when creating personal work, you should still be thinking about how it can benefit others. I write stories partly because I enjoy writing them, but also because I want to share them with others. If I write a story that nobody wants to read, either I haven’t done my best work and need to start over or I just haven’t found the right audience yet.

So, in the case of the summer camp: maybe you aren’t marketing the camp to the right audience or haven’t found the best way to advertise it yet. Maybe you need to ask people what you could offer in order for them to come to the camp — what their needs and desires are.

What do you think? I’d love to hear more of your thoughts on this. 🙂

Great post! I particularly like the suggestion of using a reward system as a way of eliminating time wasters. Concerning naps. What if I don’t wake up in fifteen minutes and end up sleeping for hours? ARGH! Oh, I guess I can treat the nap as a reward. 🙂

Sure. Sounds like a plan. 🙂 I guess the point is that you’re not supposed to work while you’re exhausted because you’re brain will not be as sharp. But, haha, you’re right: sleeping all day would be a problem too.

This is one of the best summaries of the best techniques to focus that I have found. I like how it is concise and positive, and addresses both internal and external hindrances to productivity!

Thanks so much for reading & commenting, Karla! I’m glad to know you enjoyed the post, and I hope you found it inspiring.

[…] if you need 10,000 hours of practice to truly become an expert in your craft, then writing every day is the quickest way to start […]

[…] need to modify your current plan of action. Though your goal may still seem a long way off, even the smallest steps you take are bringing you closer to […]